What are Google’s top 3 ranking factors?

What will help you rank higher on Google? Finally, we have an answer from Google themselves for the top 3 factors that matter most for search ranking.

At this point, we know that RankBrain is the third most important ranking factor. We were told by Google almost one year ago. Unfortunately, Google hasn’t revealed the first two until recently. In a Q&A with Google, Andrey Lipattsev, a Search Quality Senior Strategist at Google said what the other two are:

I can tell you what they are. It is content. And it’s links pointing to your site.

Lipattsev clarified that there was “no order” of importance when it came to the three. Now we know what the top 3 ranking factors are but it’s still unknown how much weight each one carries.

Of course, Google looks at many other factors but links, content, and RankBrain themselves are the top 3. Even within each of those categories, there are many subfactors to consider as well.

Google’s ranking algorithm has been a constant mystery. Google has said that social media isn’t a ranking factor but we know it still holds some level of importance. Otherwise, we wouldn’t post as often on Twitter or Facebook. By Google saying that links, content, and Rankbrain are definitive factors in ranking, it’s a big achievement for SEO specialists. Especially since there are more than 200 factors consider. It helps to start mapping out some sort of algorithm. We now know what improves ranking, but also make sure you know what hurts too.

True. We’ve known for a long time that content and links matter. Although the importance of having links has come into question in recent years. This should not change anything about your day-to-day strategies. It does give us another piece of the ranking factor puzzle and provides content marketers with more ammo to defend their practice and push for growth.

So now you learned about Google’s top 3 ranking factors. Now learn how they play a role in Google’s newly updated Penguin 4.0 algorithm. 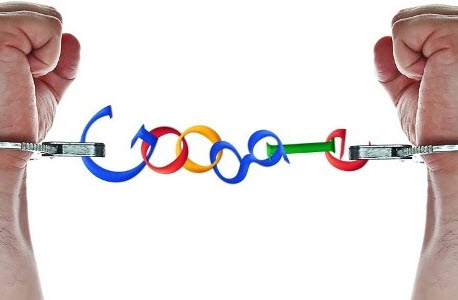 Are your SEO practices going to change now?

A New Facebook Ad Feature That Can Potentially Harm Your Business

How To Not Let Your Website Redesign Fail Before It Starts